skip to main | skip to sidebar

If you are going to post comments on this page, please do not use your real name, whole or in part. I do not care who you are, I care only what you have to say. If you know MY real name, or the real name of any of the other commentors, respect our privacy and refer to them only by their pseudonyms. I do not moderate comments, and will not unless absolutely necessary. 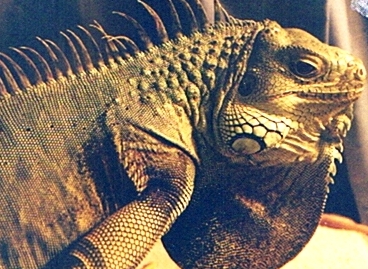 I Am Lizard, Who The Hell Are You?

I mean, I studied martial arts theory for a reason. Fat guys need to think much faster than they can move

Gun Safety Tip: If you are carrying one right out in the open where I can see it, make sure it stays more than about 50 inches away from both of my hands if you want me to take it at all seriously. Cop school has GOT to teach weapons theory. This is just embarrassing. At about 50 inches or closer, having that gun holstered at your side is much MUCH worse than not having it at all. It provides me with an astonishing clarity of mind, and it focuses your mind securely on a weapon, instead of resolving the situation. You are no longer thinking, and I have just started. Whatever happens next, from this moment on, our encounter is governed by MY goals, and those largely have to do with having a pleasant day tomorrow.
Posted by Lizard at 5:33 AM No comments:

Right from the start, I should have known it was not going to go well.

This afternoon a friend and I were going to run an errand, and we are walking toward her car when I saw my neighbor the Chainsaw Fetishist glaring at me with his hand on my mailbox walking forward. She had her back to him, and was opening her car-door. This is the neighbor who has already tried to run over Bastet with his car. I saw an object in his hand that he was bringing upward from the top of my mailbox. I assumed it was a cellphone. I placed myself rather quickly (I am large, about 250, and it takes some doing to get anywhere quickly so I imagine it was not a pretty sight.
I was relieved to see that my landlord friend neighbor and tall, capable person (all one guy, can't think of a good pseudonym right off) was standing there, so felt a bit less need to respond to immediate events. Captain Chainsaw aimed his camera first at my landlord, next at the car my friend (quick pseudonym, I'll call her Ermine) was getting into, then at me. I made nice solid eye contact and said "get off this property now" or words close to that, because I remembered that my friend could not say anything to Chainsaw per mutual instructions in Chainsaw's lovely restraining order. I have so far avoided the restrraining order war specifically because it means I can't talk, and I tend to not be willing to put my best weapons down on the floor when the monster in the basement starts to rattle chains. See, if I do that, monster movie rules apply from there on, and we all know how well THAT ends.
Whatever he wanted, he went away rather quickly, and we all disperse. So far, this is looking like it might just end, which would be a good thing, because I realized how much I was enjoying myself, and I was even chuckling a little.
Fast forward one completed errand, I am at home, hanging with the kid, scolding myself for enjoying 9t. (I had been having a bad day before that, and it had cheered me up a bit. Then I put Luke the Absolutely Viscous (when standing and not drooling) is barking up a storm, but it is a playful bark (this indicates it is another dog, so I am going to take my time, there is no bad with that.) I galumph slowly out the door (having used up all my energy allotment until about 2026 on the earlier, noble, Save Ermine masculine chest-beating stuff.) I am bending down to grab him when I hear "Put your dog in the house sir!"
Since I am already doing that, and my POLICEMAN WITH GUN alarms just went off, I am tempted to just turn around, ignore the fact that somebody just barked an order at me in my driveway about my dog and ask Bastet to deal with it (which is almost always the preferred course of action when I ALREADY know this isn't going to go well from here on) but Crowbear is there and, well, I am who I am. I put the dog in the house, and go back out.
This gentlemen chooses as his first words to me something along the lines of "Are you giving [chainsaw] a hard time again". It got rapidly worse. In the first few moments of a four-minute and-change conversation he had already accused me of lying to him about an earlier complaint, and accused me of being argumentative, which I make it a habit never to do with armed people. He left, but he made it very clear as he was leaving that he was pissed off.
This is a dynamic that I am not likely to allow to stand. The trick is to make it better, not worse.
The guy was short, he started off aggressive, no doubt following some REALLY badly thought-out training that makes him need to "take control of the conversation", and I am certainly never going to allow that to happen. My cold read on him is that he is really frustrated with Chainsaw, who is using him as an errand boy, he knows it, and it pisses him off. ALL of the officers emotions are completely understandable, but he is going to channel it by trying to take control of a conversation with an old fat guy, the old fat guy isn't going to let him, and it's going to piss him off even more, and he has a gun. The light from the garage was behind him, so I couldn't see any of his facial expressions, but his body language was VERY clear, very aggressive, and, in his mind, I think, very intimidating. I was also getting a 'scared short guy' vibe that I don't like at all. Now, my first instinct was to chuckle nastily, which I suppressed (thereby giving up a good measure of control of the situation.), because I have a rule about laughing at insecure armed people.
Posted by Lizard at 4:52 AM No comments:

I have a complex relationship with anger, and one that seems difficult for others to comprehend: I see anger as a force for good, in myself and occasionally in others. Many people see anger as the force that makes them do stupid and occasionally evil shit. For me, anger is largely where courage comes from.

I am incredibly angry at my government for what it has done to this young man. At the precise time in his life that he is asking himself who he is, (and getting answers that likely scare him) our government makes him an accessory to murder.
Posted by Lizard at 9:38 AM No comments:

My first lucid memory is being told by a doctor that I probably wouldn't live to be 20.
He thought he was doing good, telling it to me straight (at the wise age of 8)
I have been waiting to die ever since.
It leads to much melodrama,
and sadness,
and acute not-giving-a-shit.

I don't know why I'm NOT dead,
but I'm not.
And I have no idea how I feel about that.
I have been convinced of my imminent death many times
four entubations, two respirators, a heart attack
and about a thousand asthma crises later
Still dying, never dead.

Have a nice christmas, world.
Posted by Lizard at 3:40 AM No comments:

So he is dead.

Osama binLadin was killed in a firefight last night.

Before you rejoice, consider this: Early reports have him participating in the firefight, and that is one of the qualifications for Islamic Martyrdom. Did we kill a bad guy, or create a transcendent being? Our gloating, rejoicing and celebration further his cause. Almost nothing good ever comes from killing people. I am sure we tried to capture him, and I am sad that we failed. A public trial would probably have been better.

I am glad he is dead, but I hope we have not created and enshrined a new hero.
Posted by Lizard at 2:25 AM No comments:

Lizard
I do not actually exist